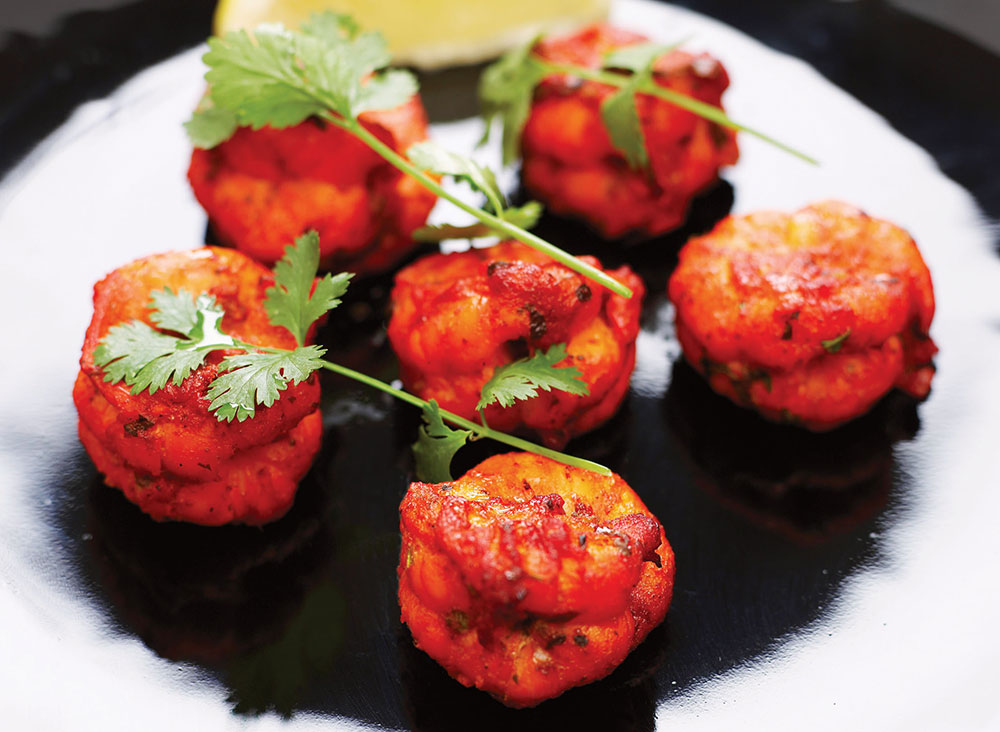 Tikka: chunks of meat, fish, prawns or vegetables marinated in spices and  yoghurt, then skewered and cooked in a tandoor, under a grill or on a barbecue. Tikka dishes are often served as a starter or as part of a mixed grill.

This particular dish is recommended to be left to marinate for at least half an hour or even longer in the fridge (covered) before cooking.

Raw prawns, which are grey instead of pink, are available at some fishmongers or fish counters.

1st stage
1. Put the prawns in a bowl.
2. Add the required amount of Mr Huda’s Tikka Marinade Paste and yoghurt.
3. Mix well in to the prawns(use disposable glove when mixing, to prevent staining your hand).
4. Leave to marinate in the fridge.

2nd Stage:
Cook the prawns as you prefer, leave some excess marinade for basting throughout the cooking time.